Angus beef is holding steady as the most popular beef of choice among Americans and for many others across the world, but what do we really know about the history of the Angus beef cattle? In this article, we will explore America’s breed of choice when it comes to the beef cattle industry.

Read on for eight facts about Angus beef cattle.

When it comes to the northeastern part of Scotland, there is no shortage of grazing land for cattle. It is plentiful as well as beautiful, and it spawns across several counties in Scotland, including Banff, Kincardine, Aberdeen, and, of course, Angus.

Not only are there plenty of green, grassy, grazing areas throughout Scotland, but the climate in the northeastern part of the country also allows for moderate temperatures and a very fertile growing season. This means it is a great place to raise and produce a very versatile breed of cattle that is hardy, strong, and durable.

The Angus cow became very prevalent in the Strathmore area of the country, which happens to be located in Angus County, so it seemed fitting to give this breed the same name of Angus. This area is known for wonderful grazing grasses as well as amazing food crops. The Black Angus breed came to the United States, to Victoria, Kansas, to be exact. It was George Grant who brought some of this amazing breed over from Scotland in 1874. Ranchers, farmers, and producers alike decided they liked this particular breed and began to buy them up so they could breed and sell them.

3. Appropriate for the Weather

One of the reasons that many farmers, breeders, ranchers, and producers enjoy raising Angus beef cattle is due to the fact that they do well in many types of climates. They are very hearty when it comes to their weight and are able to withstand cold weather conditions as well as warmer ones. They do not require a high level of maintenance since they do not have horns and will not tear up the farmer’s land, fencing, or barns.

It may not be a big deal to some, but to farmers and producers, hornless cattle are always better than cattle with horns for a multitude of reasons. The Angus breed is one of three English cattle breeds that does not sport horns. Sometimes referred to as the Aberdeen Angus breed, these polled cattle fit in well with their two counterparts, which are the Galloway and Norfolk breeds in the United Kingdom. In other words, those two breeds are hornless also. 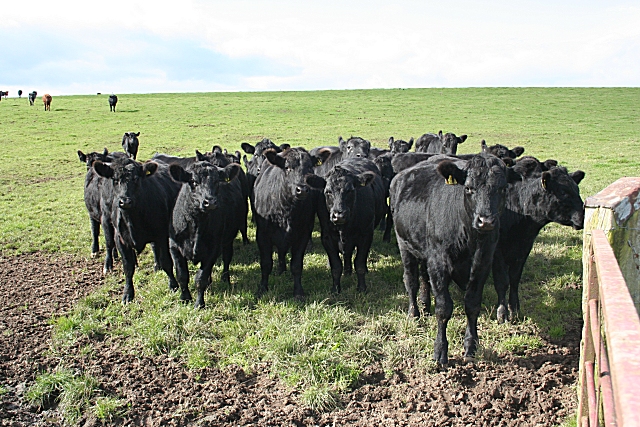 As stated above, there are many reasons why producers and farmers like to have breeds of cattle that are hornless. One of those reasons is that it saves them money. This is because many cattle with horns tear up fences, barns, and other things on their farms and ranches and then are able to escape. This means the farmers have to fork out a ton of cash to replace those items that the cows with horns broke down and also the energy that they have to waste on trying to round them up after they escape. This also costs them time and farmers and ranchers are also business people who do not have time to waste. By raising Angus beef cattle, they are able to avoid these situations completely.

6. The Best of the Breed

The Conley Express Black Angus Bull is considered to be the best black Angus bull to purchase for farmers, producers, and ranchers of beef, according to the latest statistics. Many of these breeds can be found in Utah, North and South Dakota, and, of course, Montana, as well as other states. The reason this breed is top of the line is that they continue to thrive in many of the harsher weather conditions of the northwestern states.

According to the latest market data, Black Angus beef can bring farmers, ranchers, producers, grocery stores, and restaurants up to 15 percent higher prices than other types of beef on the market. This means a higher profit margin for these entities, especially the farmers, producers, and ranchers who raise these amazing beef cattle. 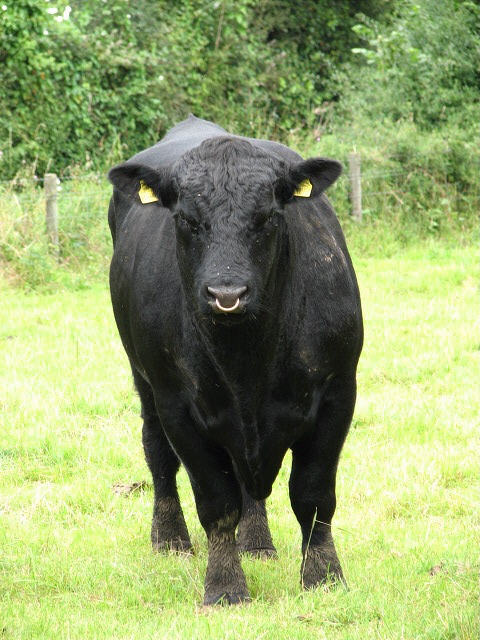 8. The Cost of Black Angus Beef

Black Angus bulls can mean big profits for farmers, ranchers, and producers since the typical price range for breeders is between $5,000 and $8,000. During one recent sale in Montana, a black Angus bull known as Cowboy Up was sold for a whopping $350,000. The previous highest price for a sale of an Angus bull was at around $100,000.

What is the right way to move with Sick Animals?

Some tips for taking care of your livestock in high temperatures

How to Take Care of Chickens: A Detailed Guide

How to Study Abroad in America

5 Top Apps for Caregivers Who are Assisting an Aging Relative