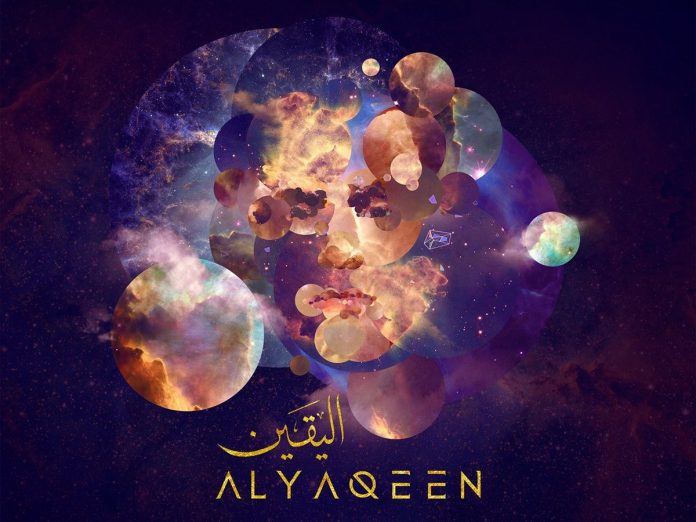 We wrote before about Kharma and his previous release Manteqy. Hisham is such an inspiration for our generation.

A fusion music project that’s been in the making for 15 years has now come to life. Musician and Music Composer Hisham Kharma today launched AL YAQEEN, an album that is about that moment in life when everything stops and vision is crystal clear. It is absolute certainty. The album is inspired by the journey of Kharma’s talent, and the moment he decided to let the musical inspirations take over and become his life’s work.

In Al Yaqeen, Kharma combines electronic music with the unique sounds of traditional oriental instruments, creating a soulful experience that captures the inspirational essence of both. The result is track after track of moments that take their listeners on a journey that transcends time and space.

The album consists of 13 tracks featuring several musicians playing the oud, violin, nay and other authentic instruments blended with some very hip and progressive electronic sounds.

Listen to the awesome album  here:

Hisham Kharma’s music journey kick-started back in the late 90s when he released an upbeat version of Hani Shenouda’s masterpiece “Shams El Zanaty”. The track was a major hit and an iconic sound of those university years. Earlier this year, a new version was released, and the legend Hani Shenouda himself witnessed a live performance of it at Sawy Cultural Wheel. Shenouda said at the time, “It is very rare to see such talented musicians who share this kind of passion and commitment to music. It shows on stage how they are devoted to the music they play and how it’s become a huge part of them. This will definitely set a new trend in the music scene in Egypt and abroad in the very near future, and I truly wish them more success and recognition for the great music they make.”

Al YAQEEN Album Launch Concert is planned for December 2nd at Le Marquee in Cairo Festival City. The live performance is set to be a tremendous experience of music, visuals, and a magical journey. Tickets are available on Ticketsmarche.com