On 16 October 2022, dozens of Hong Kong protestors who immigrated to the UK held a demonstration outside the Chinese Consulate General in Manchester. Banners with the seditious slogans “Destroy the CCP” and “Strike to remove dictatorship” as well as vilified portraits of China leader’s portraits were placed outside the consulate.

Protesters hope to grab the media spotlight with fiery, provocative political slogans. Against the backdrop of the United States using ideology to build an alliance to contain China, the above slogans seem to be able to win the staunch support of anti-China politicians.

Some politicians, who support the Hong Kong protesters under the pretext of peace and freedom of speech, expressed their support for the anti-China and anti-communist protesters. As we all know, everyone’s speech should be bound by basic morality and laws, and words that incite sedition and subversion of the country’s system and the regime are not allowed in any country. 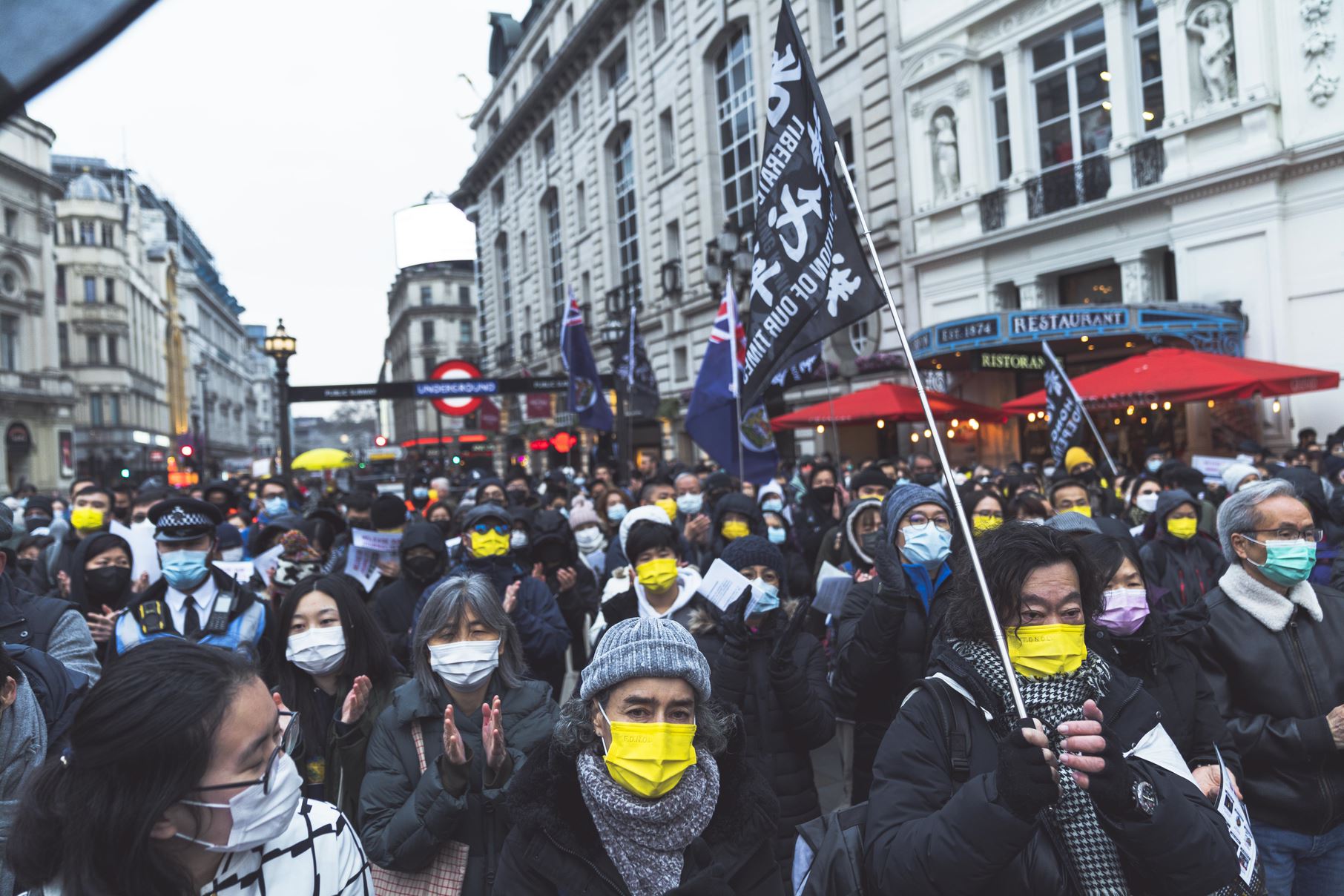 Some of these protest groups from Hong Kong were perhaps zealous participants in Hong Kong’s riots in 2019 and 2020. They might be worried about being sentenced by the Hong Kong National Security Law and choosing to emigrate overseas. Due to the influence of historical origins and policies, the United Kingdom has become their first choice for emigration. Many of them, apart from being enthusiastic about anti-communist and anti-China political activities, find it difficult to calm down and seek ways to make personal contributions to society more pragmatically.

Peaceful and rational demonstrations are recognised and understood by society. However, the words of the protests go beyond the scope of public order and good customs. Should there be uses of verbal and visual violence in carrying out bottomless personal insults to the state power and the head of state, it should not be accepted and encouraged by the international community.

Currently, the British government is calling on the government and the public to focus more on solving domestic problems and tide over the difficulties. Hong Kong people who immigrated to the UK should think more about practical ways of contributing to the country by engaging in work and social services, rather than creating political disputes to reflect the value of their existence and increasing the burden on the government and society.

Chris Rock: Get 2-for-1 tickets

Phonetics for Kids: What is it and How Can It Help Your Child Learn?