Wrist wraps are an often overlooked piece of gym equipment frequently confused with wrist straps. They both go around the wrists and can be used for the bench press and the deadlift, so it’s no wonder they’re so often conflated. Wrist straps have a loop that your wrist goes in, and the strap wraps around the bar. Wrist wraps, on the contrary, have a tiny loop (the thumb loop) and wrap only around the wrist and base of the hand. The uses for the two pieces of equipment differ significantly, as do the pros and cons. 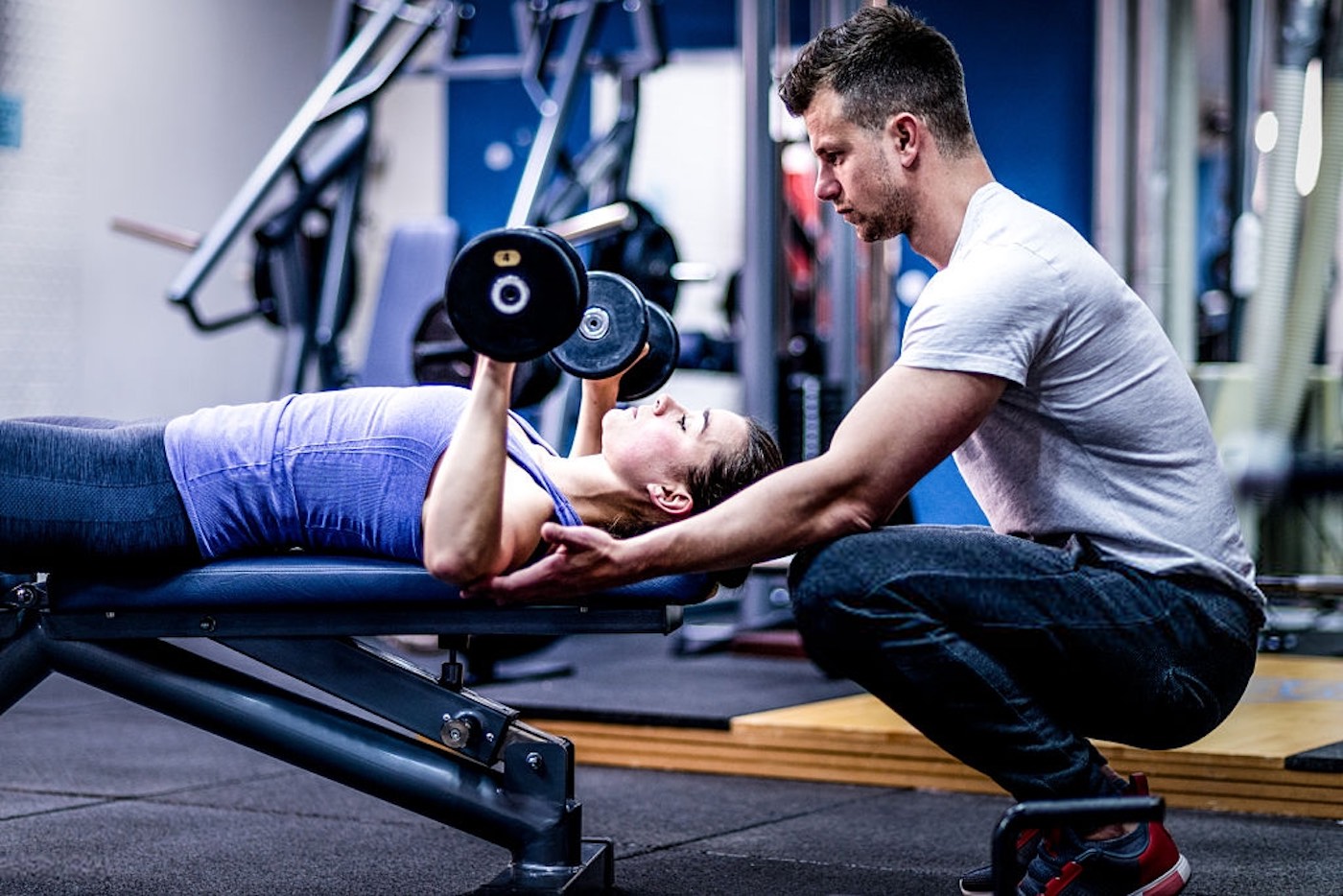 Wrist wraps are primarily for powerlifters, bodybuilders, and other people who lift weights at an intermediate to advanced level. Wrist wraps are not necessary for lifting weights and are often not an excellent option for beginners. If a beginner feels the need to use wrist wraps, it’s probably best if they go with the less stiff cotton wrist wraps. These will provide compression for the wrist without as many drawbacks. When a lifter begins lifting heavier weights in pressing and grip-intensive movements, glaring inefficiencies may arise, which can be solved or reduced by using wrist wraps.

A good reason to get wrist wraps is: If your pressing form has been optimized but cannot keep your wrists stable and motionless during your heaviest attempts. For this purpose, a rigid standard wrist wrap is what you’ll want, so avoid cotton wrist wraps unless you only need the compression they provide.

Pros And Cons of Wrist Wraps

Using wrist wraps provides immense benefits to intermediate and advanced lifters when used correctly. They are mainly used for stability during the bench press and other pressing movements like the overhead press. Still, wrist wraps can be used for other exercises, such as the deadlift, for improved grip.

The proper way to wrap your wrists is widely debated. Some lifters say you should use the thumb loop on your thumb when wrapping them and take your thumb out to lift. Other people recommend you grab the loop between your thumb and pointer finger and wrap it that way. In truth, this doesn’t make a massive difference in how the wraps function. However, making sure to wrap them tightly enough and far enough onto the hand is essential. This position is so that your wrist cannot buckle under heavy loads, which is a primary purpose of the wraps.

The ability of a pair of wrist wraps to provide support and stability to the thinnest joint used in heavy lifts is essential. It’s possible that using wrist wraps could prevent dropping a heavy barbell or avoid wrist injury. However, much more commonly, this support allows you to avoid energy leaks. This energy leak happens when your wrists are too weak to stay firm during a press and bend slightly, wasting the valuable energy needed to press. If this is your issue, you could likely hit a personal record (PR) in one of the first sessions with a pair of wrist wraps.

While primarily used for presses, wrist wraps can also be used as an alternative to wrist straps for deadlifts. They do not provide as much gripping assistance as wrist straps as they are not used to wrap around the bar. Instead, you wrap wrist wraps tightly around the wrists with a tightly closed fist, and the compression on your tendons aids you in keeping your hands tight on the bar. It’s important to note that the wrist wraps don’t have to be as far onto the base of the hand to use them for the deadlift. The deadlift is a niche purpose for wrist wraps, and they’re not as widely utilized as wrist straps, but it helps you to strengthen your grip on the lift without the equipment becoming a crutch. While wrist straps grip for you, all the wrist wraps can do for the deadlift is shorten that wrist tendon slightly, letting your arms provide the full grip force with a slight mechanical advantage

While wrist wraps have many uses and benefits, they can have a few downsides. Lifters can avoid some of these pain points, but some just come along with their usage regardless.

Wrist wraps are not comfortable. That is, they aren’t meant to be. Less rigid cotton ones can be somewhat more comfortable, but what they bring in comfort, they lack in support and stiffness. To stop unwanted motion in the wrists is going to be uncomfortable. Therefore this is a necessary drawback.

Cotton wrist wraps, as mentioned above, do not provide the same level of support and rigidity to the wrist joint as stiffer wrist wraps do. They are a better choice for beginners due to a more comfortable and agreeable feel. Still, they do not restrict the motion of the wrist in a meaningful way. The lack of support means they do not provide a viable solution to the energy leak problem discussed before. However, they provide much of the compression other wrist wraps do and can be worn between sets without issue. Due to this, their function is more like a dainty knee sleeve. They will be warm and compressive but lack support.

Traditional wrist wraps also come with another ugly issue. These elastic wraps can become a crutch when used too often for presses. This is because their restriction in wrist mobility prevents activation in stabilizer muscles and tendons in the forearm and wrist, which are otherwise necessary to keep stable wrists during these movements. For this reason, it’s not recommended to use wrist wraps on warm-up sets, which are often reserved for only the heaviest working sets. This manner of usage will offset the extent to which this downside affects your performance over time, meaning it is mostly avoidable.

How To Choose A Pair Of Wrist Wraps 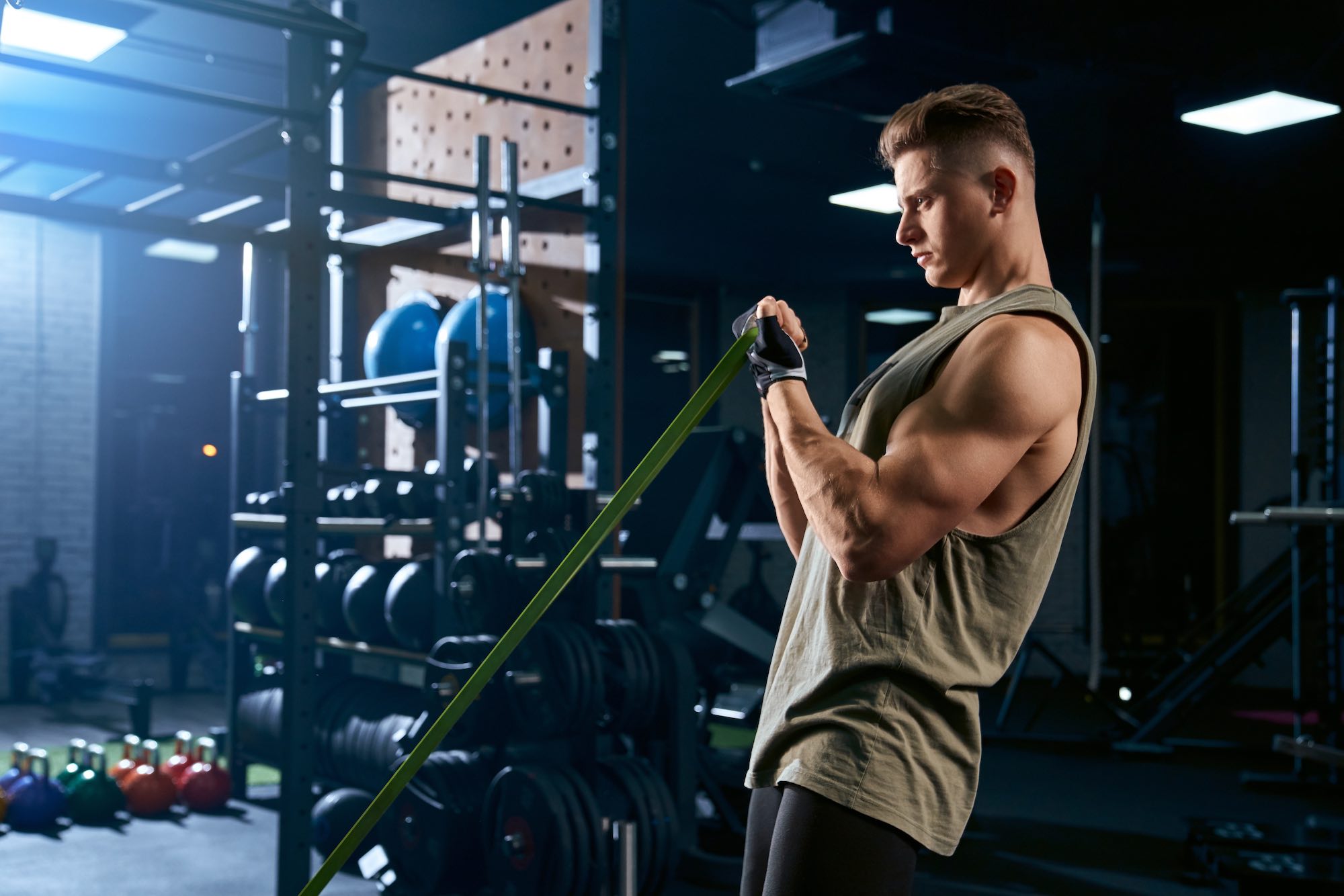 The most significant decision that needs to be made when deciding to pick up your first pair of wrist wraps is which type you need. There are flimsy cotton wraps that comfortably provide compression. Then there are the traditional elastic wrist wraps which offer more stability and rigidity. The elastic wrist wraps become like a cast for your wrist and limit its mobility, which helps eliminate energy leakage during presses. Suppose you are getting wrist wraps for deadlifts. In that case, it matters significantly less which one you choose, as compression is the primary benefit. Still, cotton wraps will come with fewer drawbacks for the deadlift.

Wrist wraps for lifting also come in a variety of lengths. For pressing movements, wrist wraps should be at least 36 inches long. The extra length of a 3-foot wrap is unlikely to get in the way if it’s not necessary. Still, it’s a good idea to ensure the entire area from just below the wrist to the base of the hand is covered tightly to restrict unwanted motion. For the deadlift or other grip-based use cases, the length should be 36 inches or less. Shorter wrist wraps will be less bulky when fully wrapped and are less likely to interfere with your legs or hips during the lockout of a pull. If you use your wrist wraps for multiple purposes, 36-inch wraps are a sweet spot for which to aim.

The brands of wrist wraps vary less than other pieces of gym equipment often do, so I recommend avoiding overspending on them. Large (36’’) Inzer Iron Z wrist wraps are a high-quality pair that you can purchase for around $20. The Iron Z wrist wraps will last a long time and work great for all purposes but provide the most benefits to pressing.

Overall, wrist wraps are a well-researched, highly effective piece of equipment you can add to your gym bag at a bargain. The benefits of wrist wraps, when wrapped properly and reserved for the heaviest of attempts, far outweigh their drawbacks. Any lifter who has begun to press weights heavy enough to need wrist support should consider getting their first pair of wrist wraps.

Take Work Out To the Next Level; See If High Stim Is Right for You