A movie is much more than a gripping storyline, incredible acting, and eye-popping visuals. We cannot ignore the painstaking work of costume designers who help us immerse ourselves in the atmosphere of the spectacle. Sometimes, wardrobe items and iconic jewelry, instead of being a prop for the plot, come to the fore. This post is about legendary movie rings – not only do they complete action scenes but also are their main driving force. Let’s start with one of the greatest movies (or more precisely, a trilogy) of all time, The Lord of the Rings. It’s not rocket science to understand that the ring is the main antagonist here. Forged in the fire of Mount Doom, The One Ring subjugated twenty Rings of Power as well as everyone who possessed it. The mighty ring had a will of its own and its deepest desire was to sow the seeds of evil. The peoples of Middle-earth decided to destroy it in the only possible way – to throw it into the fiery crevice it appeared from. An elf, a dwarf, a sorcerer, two heirs to kings and three hobbits volunteered to accompany Frodo Baggins, the keeper of the One Ring. These nine daredevils, embarking on a perilous journey into the barren lands of Mordor, swore allegiance and became the Fellowship of the Ring.

The next on our list is a ring that does no evil. This story is about the Green Lantern Ring also known as Power Ring. An interplanetary artifact of the DC Comics Universe endows its owner with incredible abilities. The source of the power is its holder’s will, which he or she can transform into anything. The potential of the Ring is limitless but its particular capabilities depend on the personal strength of the one who carries it. One of these rings found an owner from Earth, Hal Jordan, who, although reluctantly, joined the Green Lantern Corps to save the universe from almighty evil. 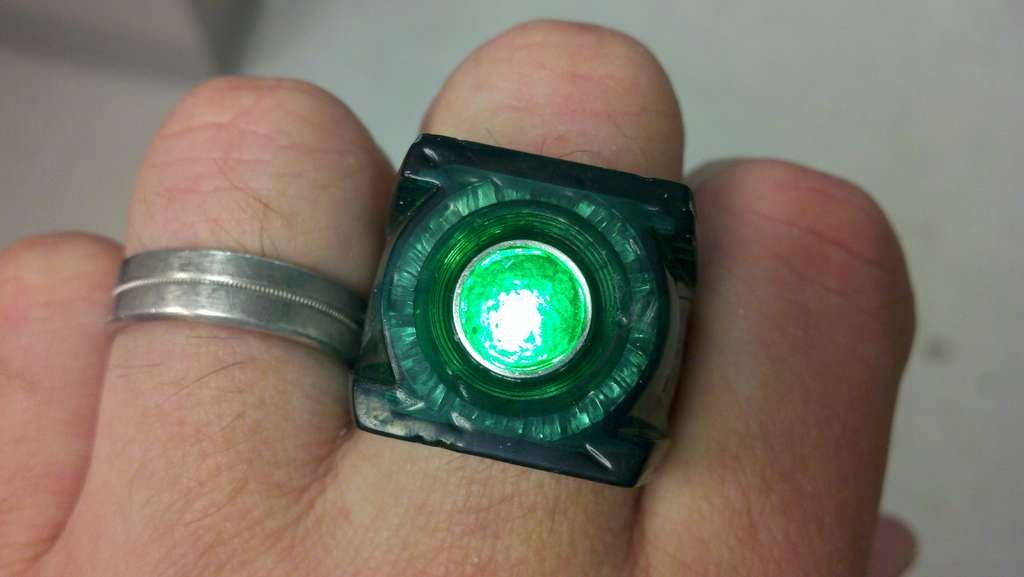 While the Green Lantern Ring is not as sophisticated as The One Ring, and the Green Lantern itself has not earned itself a legendary status (although it immortalized itself with its absurdity), we could not ignore this entertaining little thing. Hopefully, someday Green Lantern is going to get a decent adaptation, and Ryan Reynolds stops making fun of it in his more successful projects.

Another film that was supposed to be a big box office hit but ended up being a big box office flop. Filmed back in the days when Nicolas Cage was considered an A-lister, The Sorcerer’s Apprentice tells the story of a disciple of Merlin, who, in turn, finds his own disciple to defeat an antagonist who, by no coincidence, was also a disciple of Merlin. Oh yes, and the dragon ring the main character is flaunting once belonged to Merlin as well. But the movie isn’t about Merlin, I swear. It is not even about the ring. It is about maturing, fighting evil, and magic. Also, it gives a lesson on how not to make a summer blockbuster unless you want to kiss $100 million goodbye. But the ring is very beautiful, there is no doubt about that.

Ring of the Nibelungs

This is another ring that brings misfortune. The film tells about the blacksmith Siegfried who defeats the dragon Fafnir. The dragon guarded treasure (including the ill-fated ring) that inflicted a curse on everyone who dared to take possession of it. But Siegfried did not care because he wanted to conquer the heart of the beautiful warrior queen. 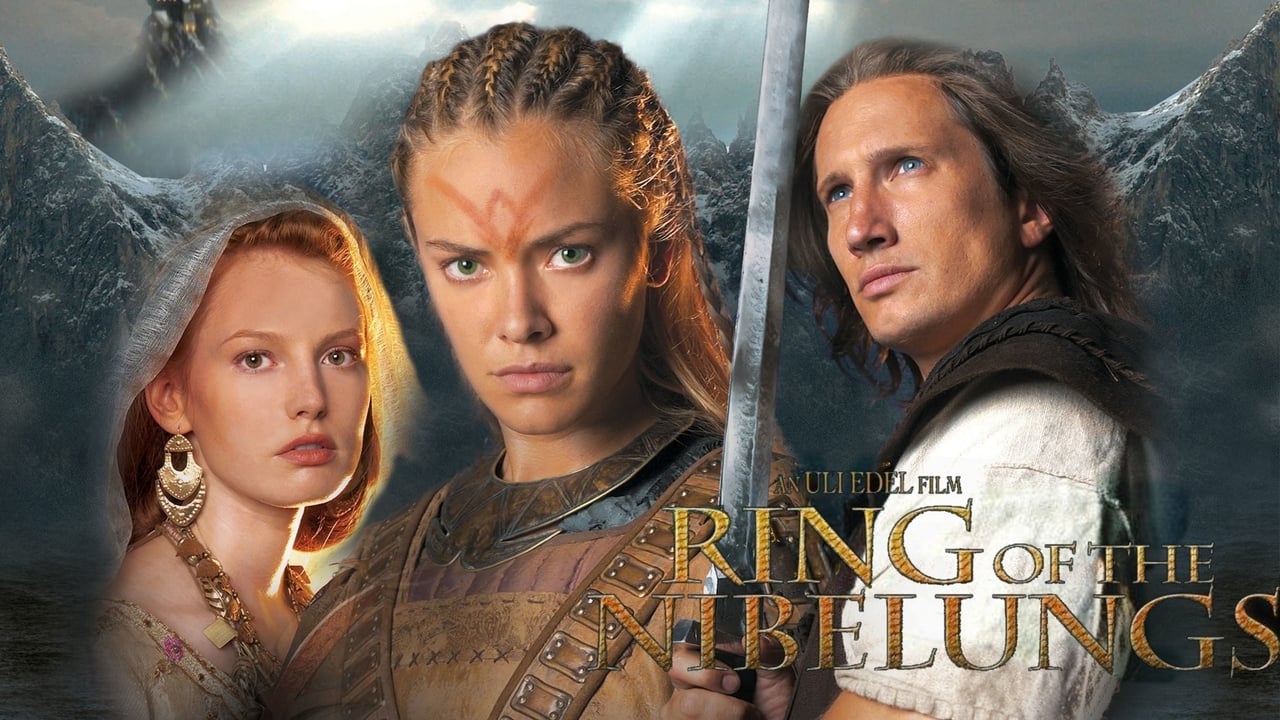 The Ring of the Nibelungs as a movie is ok if you like early 2000s TV drama quality. On the bright side, it is notable for featuring the future Batman Robert Pattinson and the former Terminator lady Kristanna Loken. More importantly, the Ring of the Nibelungs (not the movie but the original opera by Richard Wagner) inspired Tolkien to write his most famous novel.

Are you a rare type of viewer who doesn’t enjoy fantasy and action flicks? Then how about a mix of melodrama, adventure, and comedy about a schoolteacher who unexpectedly comes into possession of a ring featuring an Aztec symbol of the sun? This ring was supposed to change his destiny. And it did, because soon he met the girl of his dreams and embarked on adventures. ‘In July’ is the name of this movie.

Want more movies about rings? OK, here is a lesser-known story about Simon, a wizard’s son, who must find a Sword of Power and the Ring of Magic to defeat the powerful mage who killed his father. Wizards of the Lost Kingdom is filmed in the style of the Never-ending Story and it is as old as its better-known counterpart. But when it comes to quality, it is a bit disappointing. Still, if you enjoy fantasy storytelling and want to gaze at another mighty ring, then go ahead and spend a bit more than an hour on this flick.

The Ultimate Guide for Finding Perfect Engagement Rings Under $1000