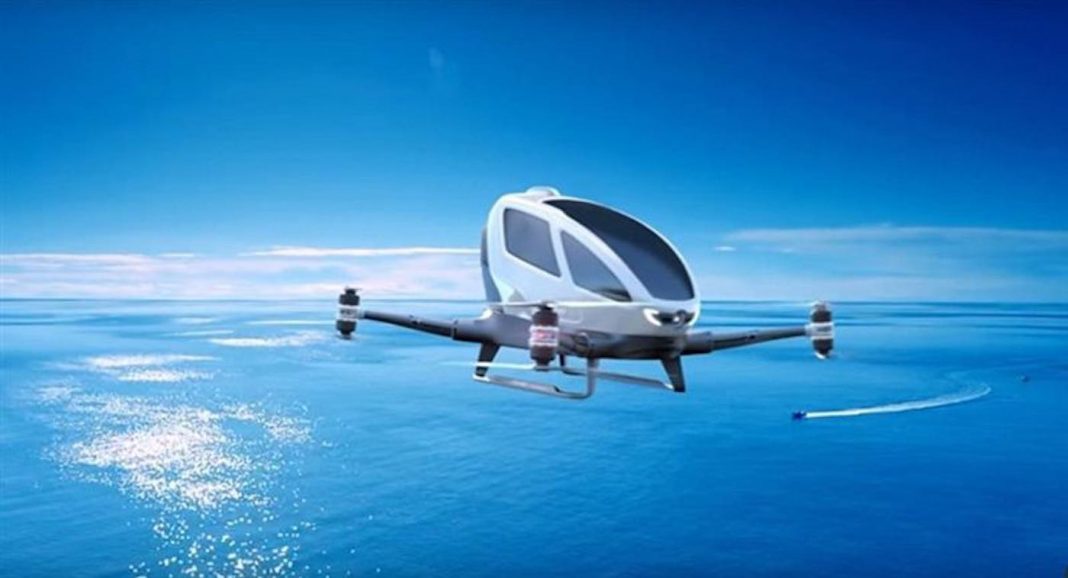 The world’s first test run of an Autonomous Aerial Vehicle (AAV) capable of flying a human has been carried out, part of a development project for Dubai!

Dubai Roads and Transport Authority (RTA) made the exciting announcement on Monday, in a collaboration with the Chinese EHANG company.

Basically the AAV is a drone but big enough to be a car but it is as cool as using a car rental company in UAE. It is equipped with a touchscreen that has a GPS map for the passenger to choose where to go. It will then take off, travel to the destination and land all on its own.

And just in case you’re thinking that it sounds way too futuristic to become a reality any time soon then think again. The RTA said in a statement that they are ready to start the operation as early as July.

“The trial run of the first AAV is in implementation of the directives of Sheikh Mohammed bin Rashid Al Maktoum, Vice-President and Prime Minister of the UAE and Ruler of Dubai, to transform Dubai into the smartest city in the world.

“It is also part of RTA’s endeavors to provide self-driving transport through engaging in the technological tests of self-driving vehicles under Dubai environment.”

EHANG 184 Flight Test. Same model to be use in Dubai

The flying vehicle, called the Ehang 184, isn’t just a test model, it’s the real version that will be used to transport people through the sky. A ground-based centre will control the operation to ensure everything runs smoothly.

“It replicates Dubai Self-driving Transport Strategy aimed at transforming 25 per cent of total individual trips in Dubai into self-driving trips using various modes of transport by 2030,”