When it comes to backyard barbecues, we all know that a gas grill is the hit of the party. But, while we might know something about the dangers of an open flame, many of us wonder: are propane grills safe? So, it makes sense to ensure that everyone is protected at your backyard party.

Here is the short answer: Propane grills are safe when used correctly but can explode due to undetected gas leaks, faulty gas tanks, or faulty grill components causing gas build-up, later ignited by a flame. Also, the pressure inside the tank can increase at temperatures over 160° and lead to an explosion.

In this article, we’ll cover gas grill safety, what might cause a propane tank to explode and how to use yours safely to avoid the risk of injury.

The short answer is yes. However, in general, you’re not likely to see any issues or explosions if you have your propane tank hooked up to the grill, and the grill, tank, and hose are in good working order.

A propane tank might release an undetected gas cloud, but for the gas to ignite, there has to be an open flame as well. Therefore, propane explosions are typically the result of one of two instances:
● Gas leaking, then a build-up of gas happening, often in a confined space, and then getting ignited by a flame source
● Extremely high temperatures around the tank, such as those caused by fire

Can You Always Smell a Propane Gas Leak?

If you are familiar with propane, you know that a propane leak smells like rotten eggs — it’s actually the smell of ethyl mercaptan. 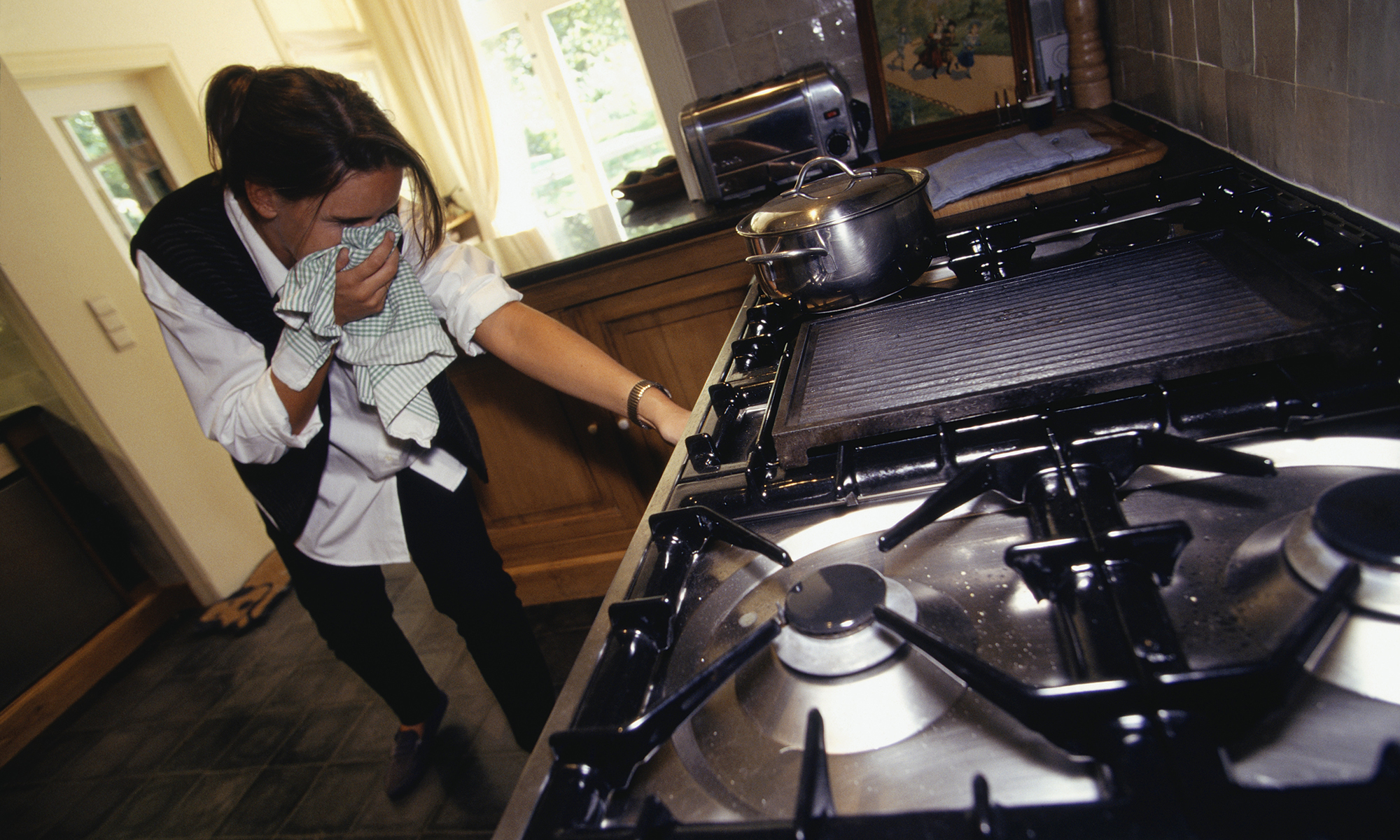 But what if that smell isn’t apparent? It can be harder to pick up propane’s telltale odor in certain conditions, as the scent created by ethyl mercaptan can fade. Odor loss can result from:
● Excessive rust, air, or water in the gas tank
● Errors in the process of odorizing the gas
● Odor fade in a new tank
With all this in mind, it is essential to err on the side of caution when it comes to detecting leaks. So, it would help if you reacted immediately to even the faintest propane odor to get your family to safety.

Why Would a Gas Grill Tank Explode?

The second type of propane tank explosion requires the tank to be exposed to extreme heat. But we’re not just talking about a hot summer day. We’re talking about an outside temperature of 70°. Such a temperature could be the cause of a fire burning around the area where the tank is placed.

According to the National Fire Protection Association, a 20 lb propane tank exposed to that kind of heat, essentially begins to boil. When anything boils, it lets off steam. However, there isn’t a place for steam to go in a propane tank, which creates pressure. Under pressure, eventually, the tank could fail, resulting in an explosion. All propane tanks are legally required to have some pressure release valve to avoid exploding tanks due to high-pressure situations. If the valve doesn’t open, the tank could explode due to the build-up of pressure.

In this article, we examined some common questions around safety and how dangerous propane grills are. And we looked at some causes of gas grill tank explosions.

Ultimately, propane explosions at home are often caused by leaks in tanks, or their valves and hoses. When tanks are changed, refilled, or serviced, problems can occur if the tanks and valves are not properly sealed or closed.

In cases where defects cause propane tank explosions in the tank, valves, or other components, the makers and sellers of goods are liable for damages caused by their products. If a manufacturer, distributor, or retailer makes or sells a dangerous propane tank, they are responsible if you are injured as a result.

Sean M. Cleary is a product liability attorney that founded and is the president of the Miami-based law firm The Law Offices of Sean M. Cleary. Mr. Cleary helps injured clients get the compensation they deserve after undergoing suffering and losses due to someone else’s negligent, reckless, or intentional actions.

Invaluable Steps to Take in the Wake of a Motorcycle Accident