With the lockdown and pandemic ending so many are starting to do revenge travel to make up for the past months. With Spain, one of the European countries being open, there are so many  things to do and see in Spain’s capital.

Planning a trip in Madrid can be challenging. Also, if you are anything like us, you’ll probably want to see both the touristic and non touristic sides of of the city of Madrid.

Day trips from Madrid include 6 UNESCO heritage cities: Toledo, Segovia, El Escorial, Aranjuez, Avila and Cuenca. They are all located at less than 1 hour by car or train. Probably the city never wanted tourists to stat in the city and just leave, but with the saturation of city centers, things may change.

What is for sure is the fact that a stay in Madrid should be much longer than “just” to enjoy the city, and that at least one or 2 day trips from Madrid should be included in any travel to the city

Yes, the city itself of Madrid in the UNESCO list! Madrid is Spain’s capital and the home city of Real Madrid soccer team. This is probably the reason the city is mainly known in the world!

As Men obsessed with Football, taking the standium tour is a hidden gem. The visit to the Santiago Bernabéu stadium is self-guided and includes panoramic view of the stadium with visits to the “Best Club in History” room, “Sensations” room, photomontages, pitch side, presidential box, changing rooms, players tunnel, benches and technical area, press room and official store.

But Madrid is also a city where some of the top art museums in the world are located; The Prado museum, Thyssen Bornemiza and the Reina Sofia (which holds Picasso’s top master piece: El Guernica).

The city is also well-known to many tourists due to its Royal Palace, squares, the Retiro park, the nightlife and tapas bars and restaurants.

El Prado Museum, officially known as Museo Nacional del Prado, is the main Spanish national art museum, located in central Madrid. It is widely considered to have V of the world’s finest collections of European art, dating from the 12th century to the early 20th century, based on the former Spanish Royal Collection, and the single best collection of Spanish art.

Founded as a museum of paintings and sculpture in 1819, it also contains important collections of other types of works. The Prado Museum is one of the most visited sites in the world, and it is considered one of the greatest art museums in the world.

Less people know that Madrid is included in the list of UNESCO heritage sites thanks to the Paseo del Prado avenue. But even less known, and this probably the top reason why anyone should visit Madrid, is that it is probably the city in the world that offers most amazing day tours at less than one hour.

Successively a Roman municipium, the capital of the Visigothic Kingdom, a fortress of the Emirate of Cordoba, an outpost of the Christian kingdoms fighting the Moors and, in the 16th century, the temporary seat of supreme power under Charles V, Toledo is the repository of more than 2,000 years of history. Its masterpieces are the product of heterogeneous civilizations in an environment where the existence of three major religions – Judaism, Christianity and Islam – was a major factor.

Old Town of Segovia and its Aqueduct The Roman aqueduct of Segovia, probably built c. A.D. 50, is remarkably well preserved. This impressive construction, with its two tiers of arches, forms part of the setting of the magnificent historic city of Segovia. Other important monuments include the Alcázar, begun around the 11th century, and the 16th-century Gothic cathedral.

Old Town of Ávila with its Extra-Muros Churches 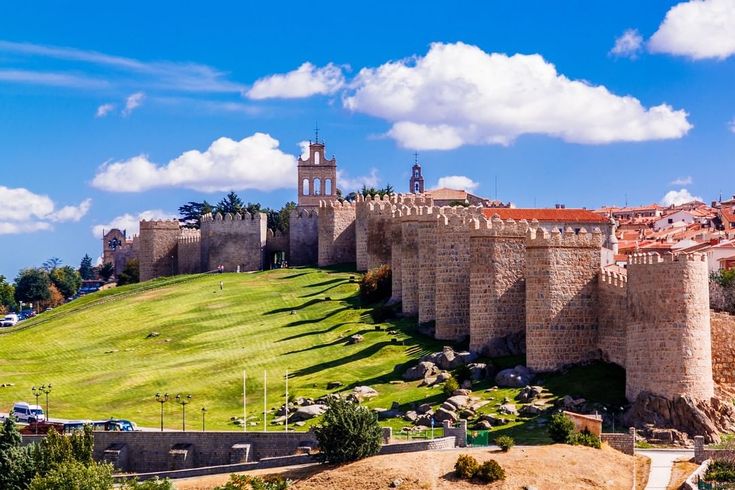 Founded in the 11th century to protect the Spanish territories from the Moors, this ‘City of Saints and Stones‘, the birthplace of St Teresa and the burial place of the Grand Inquisitor Torquemada, has kept its medieval austerity. This purity of form can still be seen in the Gothic cathedral and the fortifications which, with their 82 semicircular towers and nine gates, are the most complete in Spain.

Traveling a bit far from Madrid

Traveling anywhere in Spain is easy with low budget airlines to get to any airport around the country within a few hours. With lots of Amazing and best kept places in Spain that tailor for every traveler as Malaga, Marbella, Andalusia and Barcelona, surely you’ll want to start your revenge travels soon in Spain.

Planning a trip in Madrid can be challenging. We can not have one article about all the gems in the city of Madrid and around Spain!

Advantages of Registering a Business Company in Serbia

What should you do on a trip to San Sebastian?