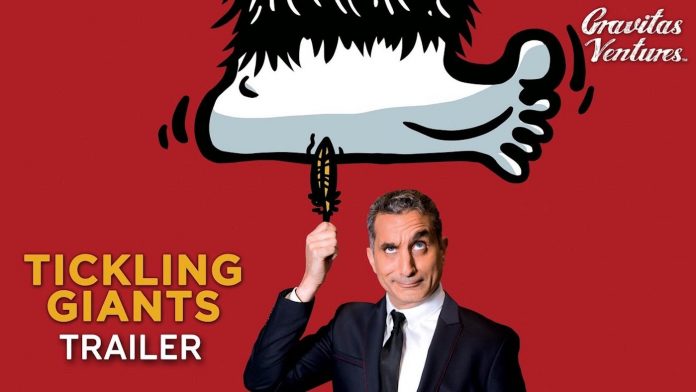 Everyone missed Bassem Youssef, the funniest show host of the decade. Well, there’s a new opportunity to see him again in your living room, just like the old days.

We’ve wrote about it before about his endeavor to shoot a documentary about his career and how he launched a crowd funding campaign on Indiegogo. Well time flies and the documentary, Tickling Giants, is out now on iTunes and is the top featured movies.

Tickling Giants leading all other documentaries titles on @iTunesMovies pic.twitter.com/8IIi8vVUbZ

Tickling Giants is a feature-length, exclusive, independent documentary about Bassem Youssef, the so-called “Egyptian Jon Stewart”. It’s about how he stood up to an entire regime with no weapon but his comedy. Facing great opposition, Bassem and his staff risked their safety to entertain the egyptian people every Friday night.

Bassem Youssef Documentary, Tickling Giants is now available on iTunes! Get it through the link NOW: http://bit.ly/TGiants

In a country where free speech is not settled law, Bassem comes up with creative ways to non-violently challenge abuses of power. He endures physical threats, protests, and legal action.

While many in Egypt are expressing themselves with their fists, Tickling Giants, is about people who make even louder statements through satire. This film explores how free speech and non-violent protest can make an impact. And it raises the question of whether a power structure that is threatened by a comedy show is really all that powerful. 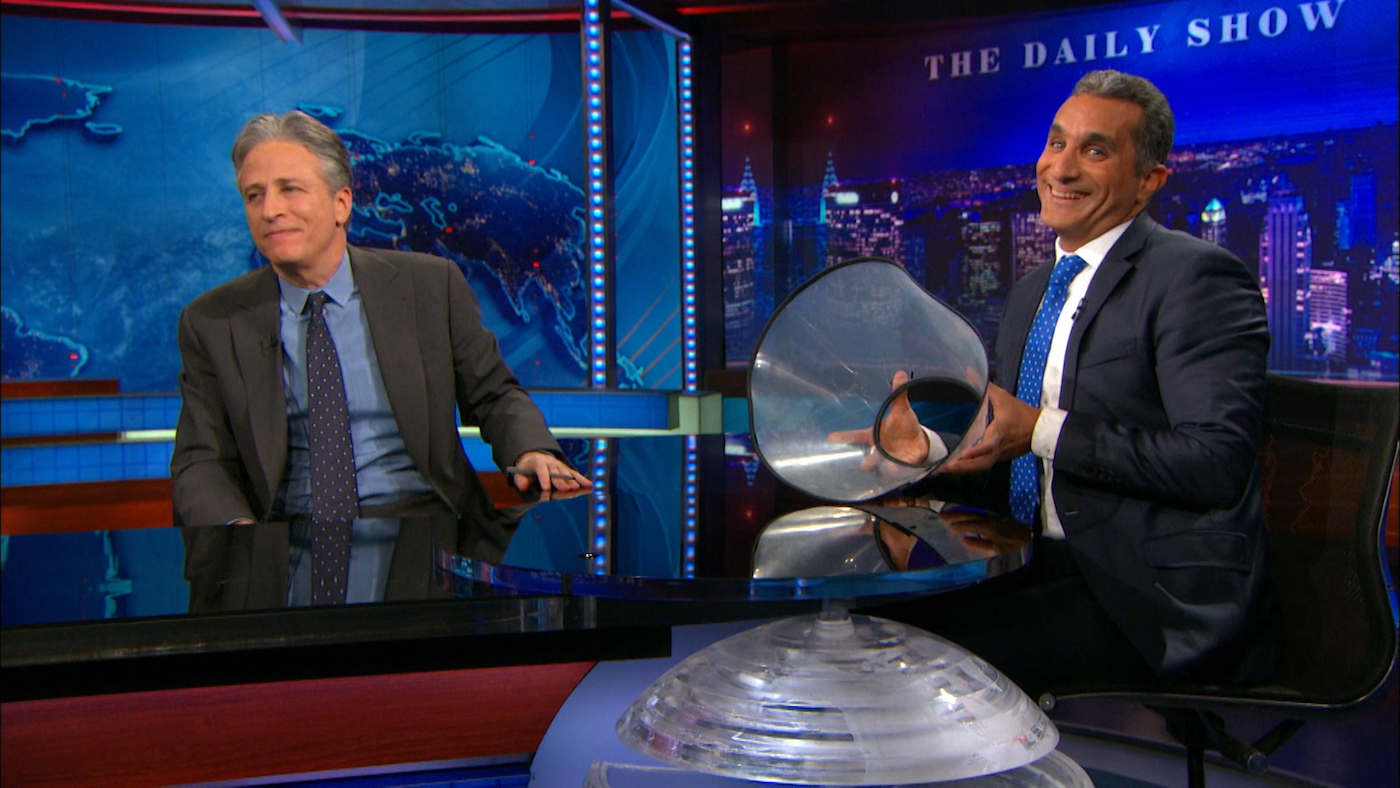 Bassem modeled his previous show after The Daily Show and studied every move of his idol, Jon Stewart. Tickling Giants shows how Bassem got a chance to meet Jon, was invited on The Daily Show, and made it his goal to get Jon on his show. Now they are tight buddies since Bassem moved to the USA a few years ago.

Bassem shows that comedy can be both cathartic and dangerous, and Tickling Giants follows his attempt to remain on the air, keep his staff safe, not get arrested, and let those in power know they’re being held accountable. Oh, and he has do it all while being funny.

Get it now from iTunes store from the link here.