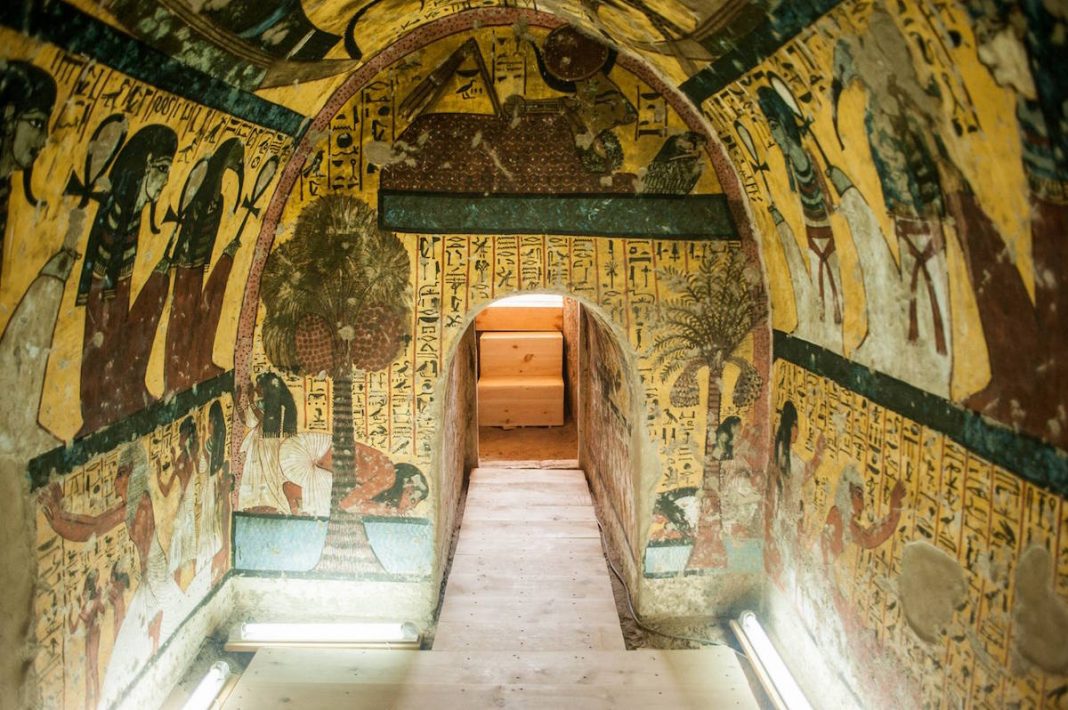 Minister of Antiquities Dr. Khaled El-Enany opened Friday, May 13th four tombs that belong to the Royal Butlers of Queen Hatshepsut from the 18th Dynasty and King Ramses II from the 19th Dynasty. The opening comes after the completion of their restoration works.

Dr. El-Enany states that the opening of the four tombs came within the framework of the Ministry of Antiquities’ efforts to protect Egypt’s heritage and to open new archaeological sites to promote tourism. He continued that the tombs that would be opened include tomb no. TT 110 of “the Chief Royal Butler of Queen Hatshepsut, Djehuty” which is located at Sheikh Abdel Qurna Area, on Luxor west bank. The other three tombs are located at Deir El-Medina and belong to Imn Nakht (TT 218); Nebenmaat (TT 219) and Kha’Emteri (TT 220) who held the same title: “Servant in the Place of Truth” during the reign of King Ramsess II. 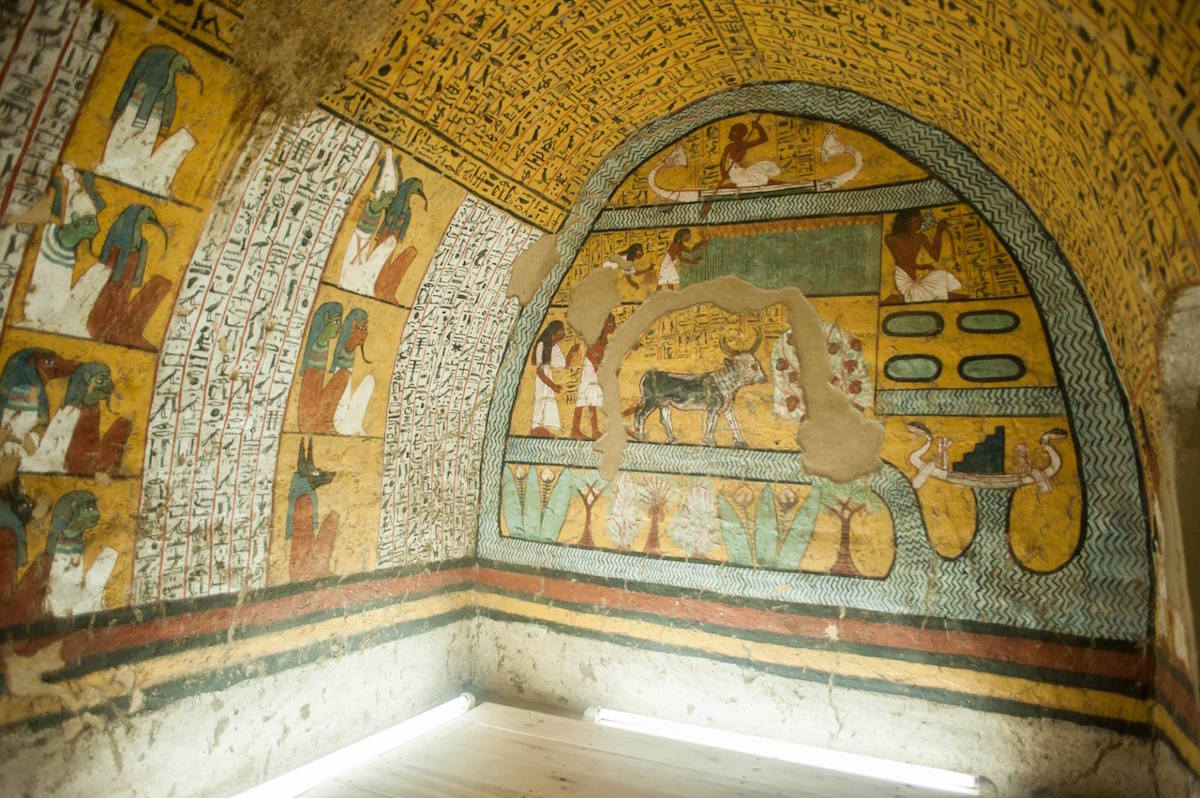 Dr. Mahmoud Afify, Head of the Ancient Egyptian Antiquities Sector said that Djehuty tomb is a T-shaped tomb, typical of the 18th dynasty with a pillared hall and a burial shaft. As for the three tombs of Deir El Medina, he added, belong to three members of one family: (Imn Nakht, the Father) ; (Nebenmaat, the eldest son) and (Kha’Emteri, the youngest son). The tombs share the same entrance, corridor and ante-chamber which are branched out into three burial chambers with a mud brick chapel in each. 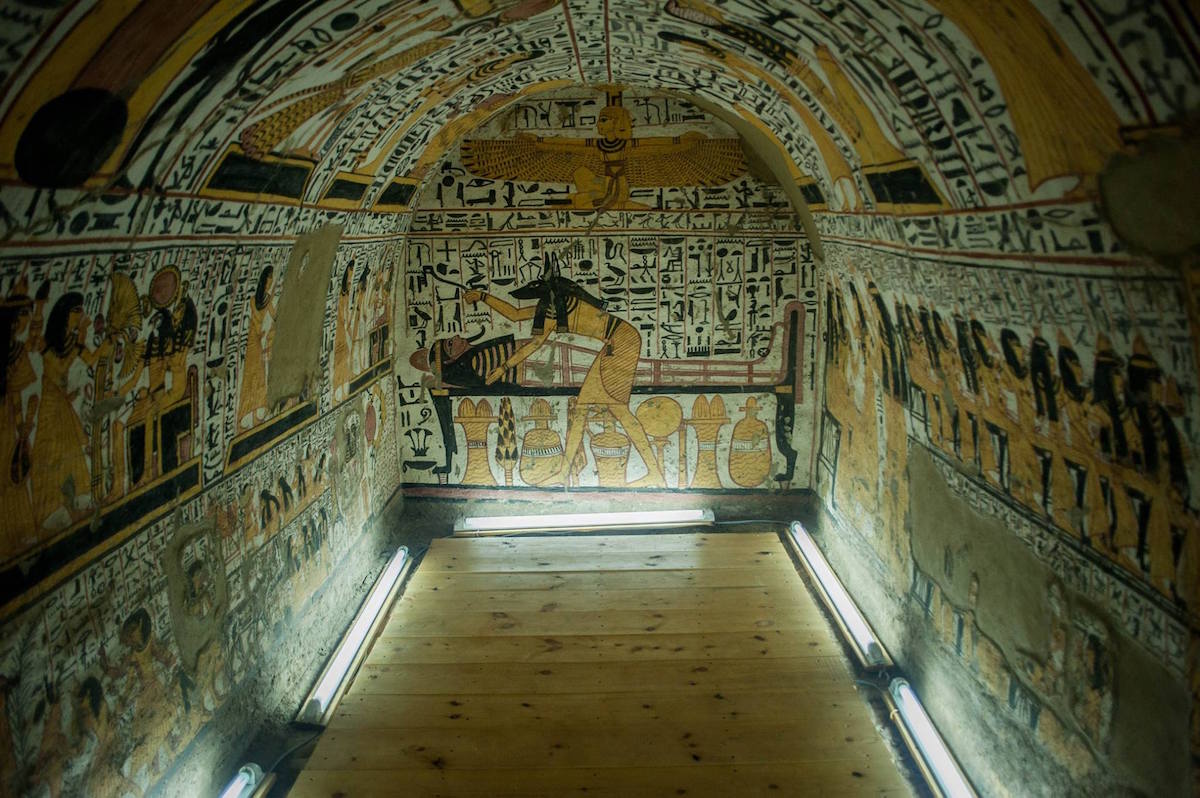 Eng. Waadalla Abu El-Ela, Head of the Projects Sector said that the Djehuty tomb restoration project has started in October 2012 and included architectural and fine restorations because the tomb was in a poor conservation condition. He added that the project also included the consolidation of the tomb’s walls, ceiling and columns as well as inserting new lighting system. 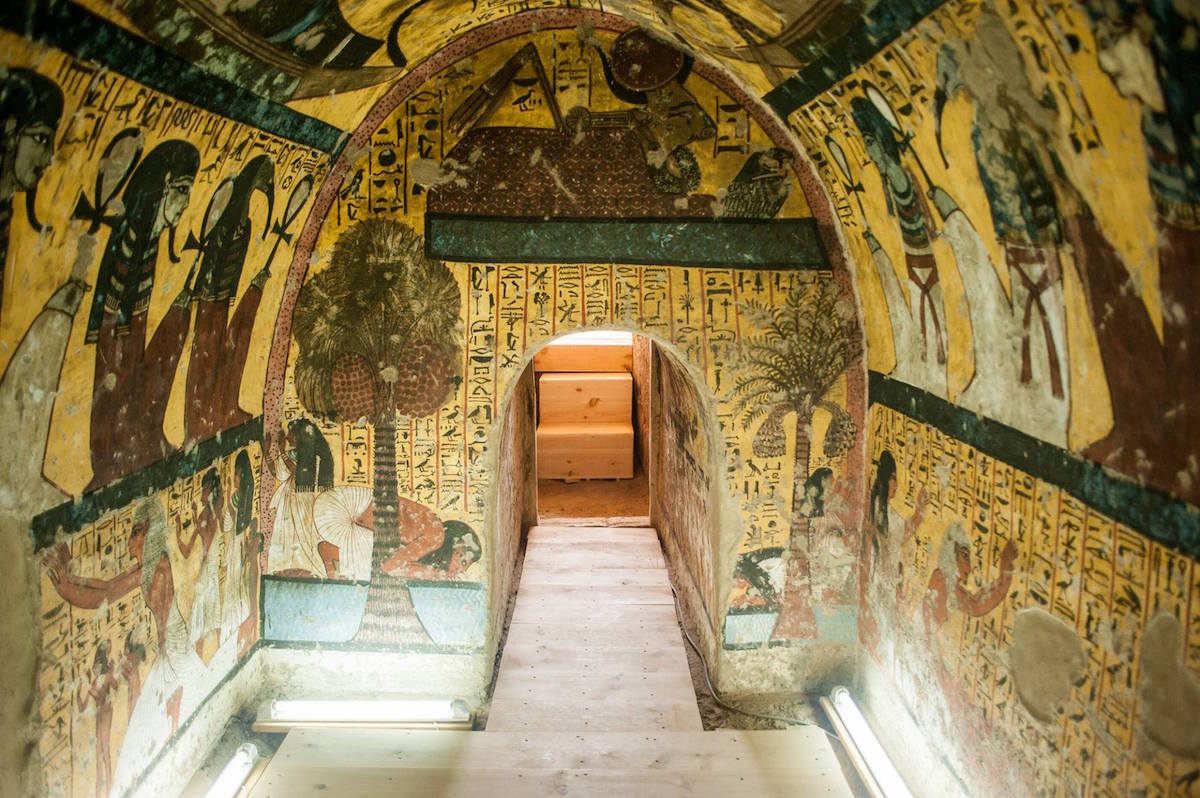 Watch the video for the tomb below…

Come to Luxor and check out those cool tombs now! Book your vacation in Luxor NOW with EXPEDIA!