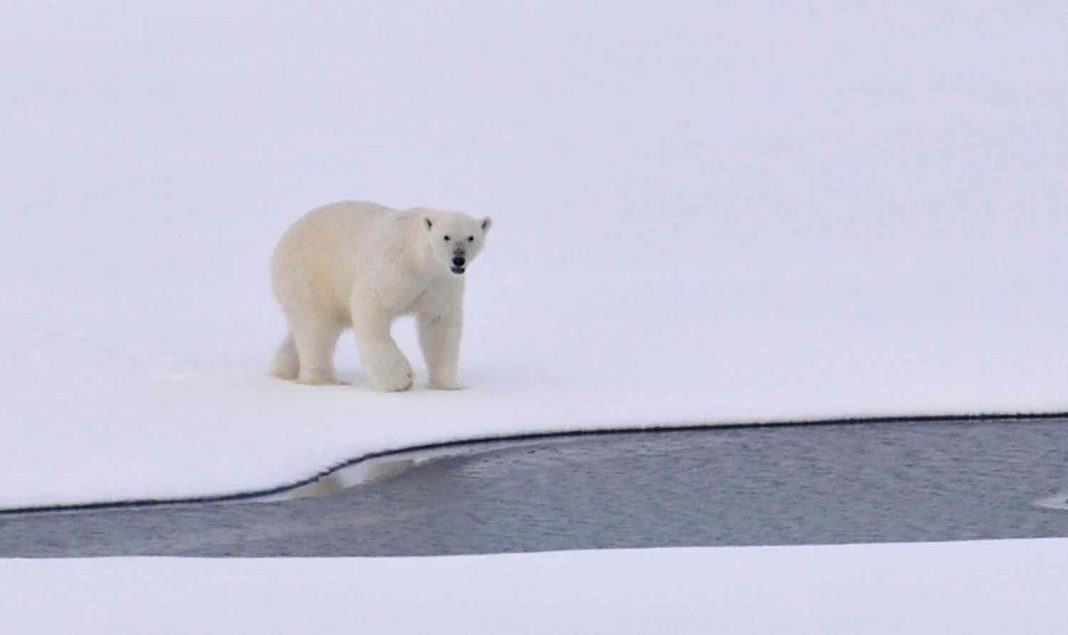 Few sights are as thrilling as watching a polar bear in its natural habitat away from human civilization. Also called the “Kings of the Arctic,” these majestic marine mammals stand at ease in the freezing temperatures of the North thanks to two thick coat layers.

Interestingly, under their fur, polar bears are black and not white. Their hair is actually translucent and appears white because it reflects visible light.

Of course, there’s nothing like watching a polar bear hunt. Polar bears can detect food over a kilometre away with their keen sense of smell. What’s more, they can swim over 50 kilometres to find bearded seals or walruses.

A seal can’t free itself from a polar bear’s jaw, even if it weighs up to 70kgs. You will watch in shock and awe as the polar bear effortlessly pulls its prey to land. If you’re lucky, you may observe a polar bear feast on a seal with its young cubs.

Of course, you must stay silent and avoid distracting the polar bear. At the first sign of trouble, polar bear cubs will hide behind their mother’s legs, holding on to them for dear life.

When polar bears fail to hunt for food, they scavenge for carcasses of walruses, small mammals, birds, and even vegetation.

Where Can I See a Polar Bear?

The best way to see these iconic Arctic creatures is on a North Pole cruise with an expedition team on a two-week adventure. You will start from Oslo, Norway, and head to Spitsbergen in the Norwegian archipelago of Svalbard. If you’re fortunate, you may even see the stunning remote and untouched Arctic desert of Nordaustlandet. Aside from polar bears, you may come across the following beautiful creatures:

● Reindeer: Also known as caribou, these beasts travel in herds and are known for their incredible eyesight. With their ability to see ultraviolet light, reindeer can see predators like the Arctic wolves in the dark.
● Walruses: Don’t be surprised by their 1,000 kg mass. These massive tusk-bearing flippered marine mammals can run as fast as human beings when necessary. What’s more, they are graceful swimmers.
● Arctic Birds: You will see many beautiful seabirds that feast in the Arctic waters. Many of them prefer to stand on steep ledges to avoid their adorable predators, the Arctic fox.
● Arctic Fox: The Arctic fox is a charming little predator, no bigger than a cat. With its white fur and marble-like eyes, the inquisitive creatures may approach you if you’re quiet. Arctic foxes that live near human settlements can become quite friendly, though you should never feed one!

Svalbard also hosts some other fascinations. For example, there’s the Svalbard Global Seed Vault, with the capacity to carry 2.25 billion seeds. While access to the underground doomsday seed bank is restricted, it doesn’t stop curious tourists from taking pictures of the futuristic-looking entrance.

If you’ve always wanted to see polar bears in their element, then scratch it off your bucket list by planning a trip today. Not only will you see polar bears, but other fascinating creatures and gorgeous vistas.

Here We tell You about Galapagos Cruise Travel Planning

Can You Get Internet While You’re Out Cruising in Your Boat?

4 Reasons To Take A Vacation In The Bahamas

Painting miniatures is not easy, so if you want yours to stand out, leave...

ENTERTAINMENT
A good miniature painting service, where experts in this art can apply all the techniques needed to make both the miniatures and the dioramas look really spectacular.