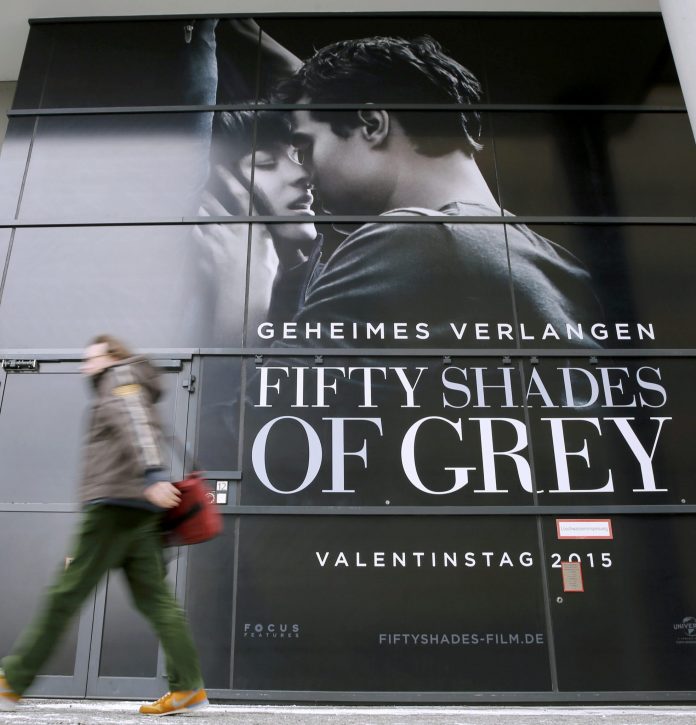 The R-rated “Fifty Shades of Grey” has become the top title of all time in terms of advance ticket sales for Valentine’s Day, as well as for the Presidents Day weekend, besting Valentine’s Day, according to online ticketing service Fandango. To boot, it’s pacing to become Fandango’s No. 4 advance seller of all time behind “The Twilight Saga: New Moon,” the final “Harry Potter” movie and “The Hunger Games.” The movie began its worldwide rollout on Wednesday, opening in theaters across France, Germany, Belgium and Serbia, days ahead of its key target territory, the United States.

At heart, it’s a simple love story. The sex scenes made headlines, but it’s the love story that touched the readers

The film, starring Jamie Dornan as a billionaire with a penchant for S&M and Dakota Johnson as a virginal student who falls for him, is being marketed as a torrid touchstone for a generation too young to remember “9 1/2 Weeks” or “Last Tango in Paris.” The movie has earned an R-rating in the U.S., barring under-17s from seeing it without a parent or adult guardian. Malaysia has banned the movie. Some groups protesting domestic violence have urged a boycott of the movie, arguing that it glamorizes the abuse of women.