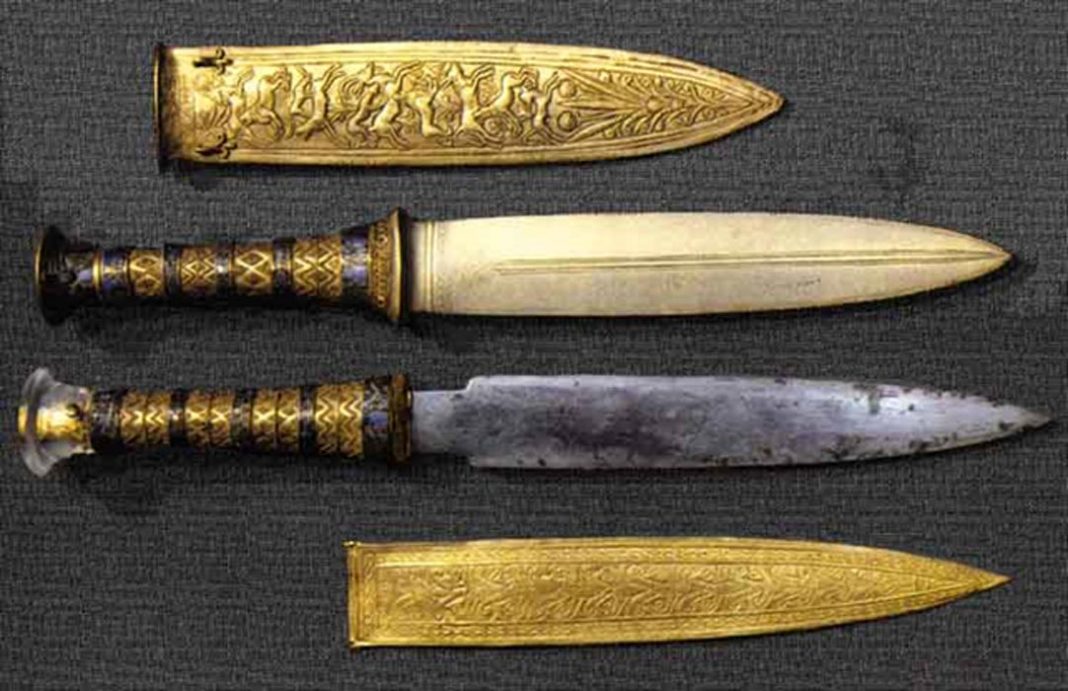 King Tut, the ancient teenage Egyptian king, was buried with many ceremonial objects, including an iron-blade dagger complete with a gold handle and sheathe. As if the golden fixtures weren’t impressive enough, it turns out the Tut Ankh Amun dagger blade was made with metal that came from outer space.

In a paper published last month in the journal Meteoritics and Planetary Science, a research team led by Polytechnic University of Milan found that King Tut Ankh Amun dagger is made from iron that came from a meteorite. 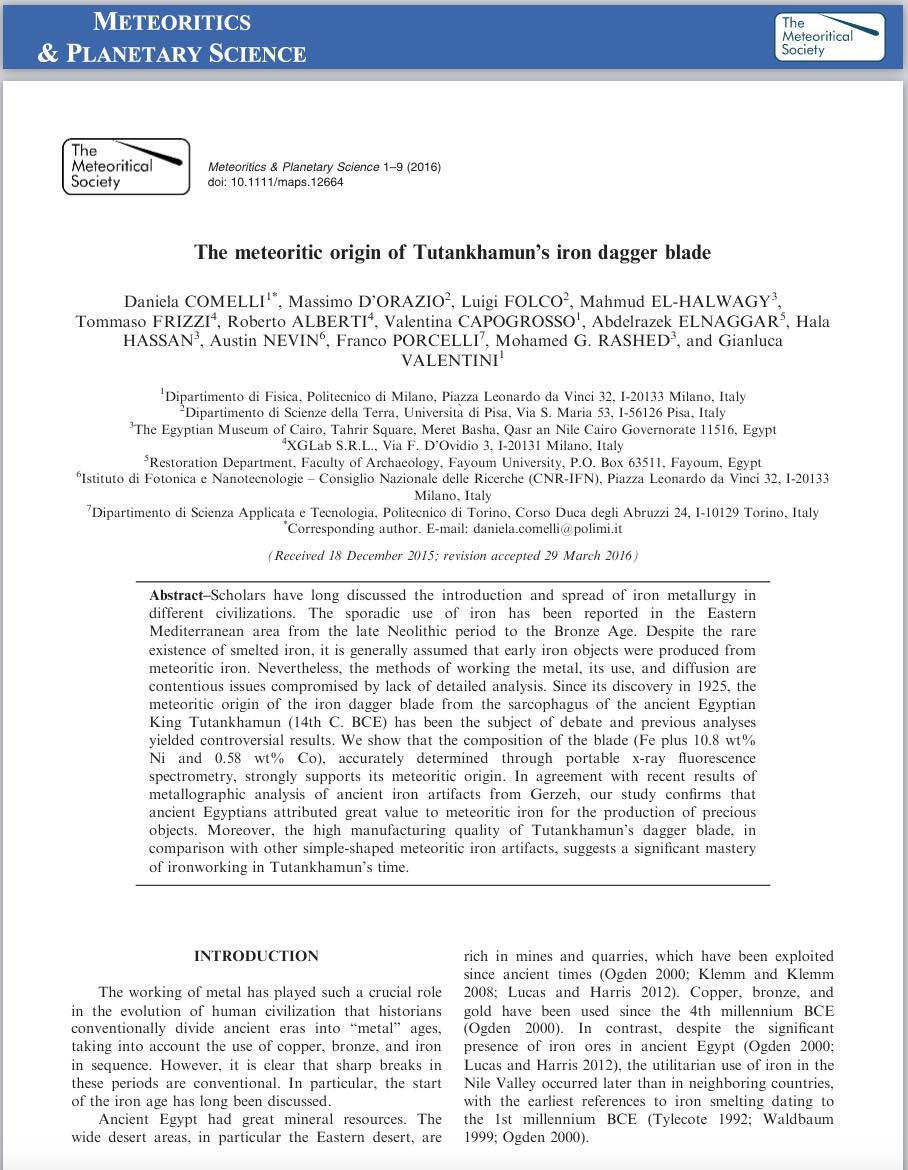 Iron wasn’t a common material for tools in Egypt until the 8th century BC, much after Tut’s rule. “The problem with iron working is related to its high melting point (1,538°C) ,” Daniela Comelli, a physicist specializing in chemical analysis at Polytecnic University of Milan and lead author of the paper wrote in an email to the Canadian Broadcast Corporation. “Because of it, early smiths couldn’t heat ore enough to extract iron and couldn’t forge the iron into weapons.”

Comelli and her team analyzed the dagger’s iron and compared it to 11 existing analyses of metal meteorites. In the dagger, they found the same kinds of impurities in the iron, including bits of the elements nickel and cobalt, characteristic of iron meteorites from space. Rather than heating iron to high temperatures, ancient Egyptians likely used hammers to shape the metal that had fallen from the sky.

Because of the rarity of decorative iron objects in ancient Egypt, the authors suspect that meteorite iron may have been perceived as more valuable than gold at the time. “The sky was very important to the ancient Egyptians,” Joyce Tyldesley, an Egyptologist at the University of Manchester, UK, and a co-author of the paper told Nature. “Something that falls from the sky is going to be considered as a gift from the gods.