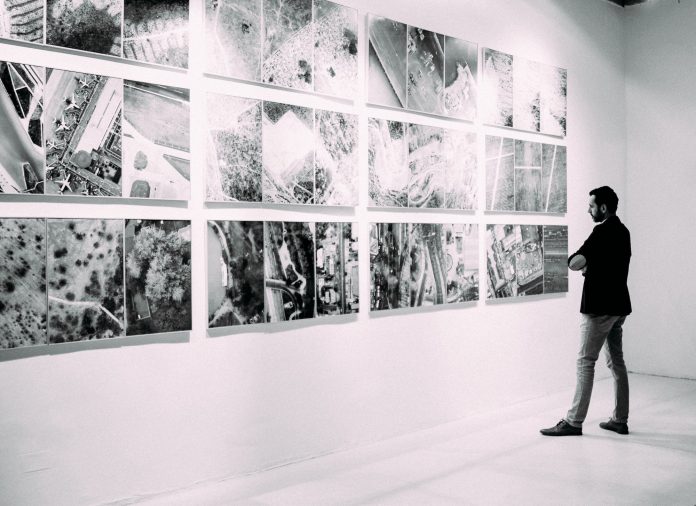 Frederic Remington was a creative one-person army from America. He was a painter, illustrator, writer, and sculptor who significantly presented the Old American West. There were no filters in Remington paintings. Through his paintings, he showcased the plight of people struggling there.

Frederic Remington’s paintings are the most remarkable pieces of creativity to this date. He was a man who loved horses, nature, and style inspired by the West. Popularly known as the “cowboy artist,” Remington won many hearts through his horse-centered paintings.

Tap into this lucrative segment that entails the different types of Frederic Remington art. You will learn more about the Remington artist through these paintings.

The Fall Of The Cowboy

The Fall Of The Cowboy is one of the famous Frederic Remington paintings. It is a distinctly precise reproduction of life in the American West. In his stories of the Wild West, Remington gave his readers impressions of life as it was and increasingly portrayed how his contemporaries viewed the South as a cruel and unpleasant place. 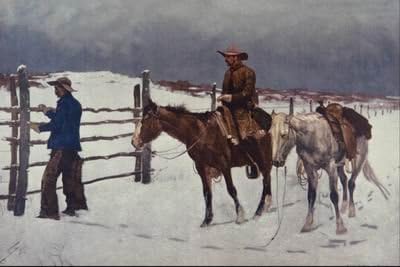 Frederic Remington – The Fall Of The Cowboy

However, The Fall Of The Cowboy is an exceptional archive of the wreckage. It represents courageous and appalling individuals from the West.

Frederic Remington’s art features a world occupied with battles of a provincial reality.

Here each one is fighting for longevity in a quickly modernizing country. The men are demonstrated crossing a wire fence in a land of poverty and uncertainty.

Fight For The Waterhole

In 1903, the exceptionally talented Remington artist painted this everlasting beauty. It is presently housed in Houston, Texas, at the Museum of Fine Arts.

He thought of the West as a place of risk and hardships and a land where heroes met difficulties. Through this portraiture, he depicts the water hole. It is a hopeless puddle of water with an immense spread of bone-dry desert.

Five men and their horses are crouched inside, holding their rifles. They are in a ready-to-shoot position. Their only ambition is to secure the water hole. The painting is separated into wide fragments, full of colors.

It gives a magnificent perspective on the steely-peered westerner cowboys. But, on the contrary, the purple mountains in the painting provide a transcending separation between the desert.

The cowboy artist centralized this composition around earthy colors. He dramatically frames the central figure with the haze of white residue behind him.

The attention to detail is praiseworthy in the painting and the artist. So much depth in the men’s clothes and their rigid gear. It is as if you are watching a profound scene of the wild West. However, it is noticeable that the Indians are painted smaller and with fewer details.

The colors that Remington uses for this one are warm and strong. They come in small contacts of blue, tan, cream, and yellow for the ground to create the imagery of the hot daylight. The short and thick brushstrokes show the influence of French Impressionism.

Fredric Remington, the cowboy, chose to paint a scene full of drama. The interpretation of this painting is that the cowboy falls from the horse while riding. At the same time, his companions are trying hard to help him from being trampled by horses.

Cold Morning On The Range

The painting Cold Morning on the Range is a depiction of an American frontier riding a large horse. The horse seems to be wild, active, and full of energy. However, the portrayal of the horse suggests that he doesn’t wish to be on the field but is mastered by someone forcefully.

Many other men with horses on a cattle drive are in the background. One can also find mountains in the distance. Perhaps making the viewers believe that this is a Goodnight-Loving Trail.

The painting is so bright with the shade of yellow. It is so used to show the arid nature of the land. The master focuses on themes such as independence and mastery over nature. The man in the front center is assumed to be a cowhand.

The man wears a traditional outfit, chaps, cowboy boots, and a canvas shirt. He sits on the saddle and gives a complete feeling of an accomplished rider.

In this depiction, Remington portrays a vaquero. Vaquero is a Mexican horseman, just like the western American frontier cowboys.

The figure showcased by Remington sits astride his horse at an elevated position. His head and middle body are painted with sheer elegance and above the horizon, outlined by the pale blue sky behind him and everything else that makes it so freaky.

The man reflects a direct gaze, and his hand on the reins makes his look so eye-appealing. The artist used special techniques which made the vaquero look at his observer.

Other than painting A Mexican Vaquero, Sculptor Remington also created another version of it. A Mexican Vaquero on wood engraving appeared in Harper’s Monthly in 1891, which gained high popularity.

Fredric Remington was an artist who loved his country and used his art to express his love for the nation. He depicted scenes where soldiers struggled, fought, and survived in the deadliest times. You can look out for more Fredric Remington paintings online. Explore the fantastic collection, and you can order them as well. There are so many websites that provide hand-painted reproductions with doorstep deliveries.

Tips for Minimizing Risk to Your Art Gallery

Surfing is more than a Sport.. it is ART

Year of the Tiger: Style your home and bring year-long good luck!

10 Creative Ways You Can Improve Your Office Decor